Celebrity designer and lifestyle expert Frank Fontana is an Emmy nominated TV and radio host, bestselling author, and brand ambassador to Americas most beloved Companies. Fans of HGTV recognize Fontana as the face of several hit shows for the HGTV network and as regular contributor to NBC’s TODAY show. He built his reputation in the world of home improvement and interior design programming as the beloved host of “Takeover my Makeover” and shortly after for the wildly popular “Design on a Dime,” franchise, one of HGTV’s longest-running and highest-rated programs.

Fontana is a published expert in the lifestyle world and author of top-selling DIY design book “Frank Fontana’s Dirty Little Secrets of Design,” currently available in bookstores nationwide and on amazon.com. A regular contributor to a multitude of national media outlets, Frank’s tips and ideas have been shared, dowloaded and embraced by millions as he has been featured regularly on OPRAH.com, The TODAY Show with Kathie Lee & Hoda on NBC, and the award-winning NBC design show Open House. He also currently hosts popular radio programs for both WGN radio 720 AM and an online podcast series boasting more than 9 million program downloads to date.
Frank returns to national Television in 2016, with a brand new Home Makeover show on a soon to be announced major cable channel. 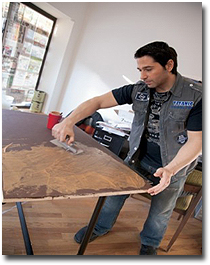 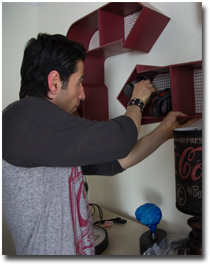